Dia dhuit! Get your Irish on this St. Patrick’s Day with some Celtic tunes from the Orem Library’s extensive music collection. You can find a wide variety of artists from the Chieftains to Patrick Ball and more! So pop in a CD and enjoy something from this week’s list, “Top Ten Irish Music CD’s” plus two more for luck! Bain sult as! 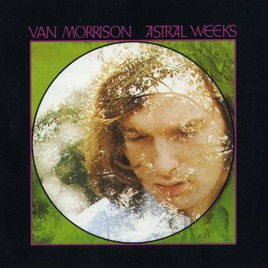 Northern Irish singer Van Morrison’s second studio album, released in 1968. Considered by many to be the best pop/rock album ever made, it is actually a fusion of Celtic folk, blues, and jazz. Enjoy classics like- “Sweet Thing”, “Cyprus Avenue”, and “The Way Young Lovers Do”. Pop/Rock Morrison 3423

Songs From the Heart

The fifth album from the Irish quintet features contemporary and traditional Irish music selections with the singers backed up on traditional folk instruments like the bodhran, fiddle, Uilleann pipes, and bagpipes, as well as a band and orchestra. Enjoy songs like “Níl Sé’n Lá”, “The New Ground/Isle of Hope, Isle of Tears”, and “The Lost Rose Fantasia”. International Celtic 6022

By: Van Morrison and the Chieftains

Released in 1988 this album celebrates the collaboration of the Chieftains with Van Morrison, resulting in an artistic peak for both of them during that decade. The album features traditional Irish songs infused with pop influences, maintaining their Irish roots while making them more accessible to a wider audience. Selections like- “Tá Mo Chleamhnas Déanta (My Match It Is Made)”, “I’ll Tell Me Ma”, and “Marie’s Wedding”, are some of the highlights. International Irish 4962

Released in 2011, Celtic Thunder’s “Heritage” album shows off the quintet’s new age Celtic-flavored music. Though the lineup changed with the departure of Paul Byrom and the addition of Emmet Cahill during the recording of the album, songs with both of them appear on the album. Enjoy selections like “Buachaill ón Eirne”, “Black is the Color”, and “Whiskey in the Jar”. Pop/Rock Celtic Thunder 4902

This mainstream crossover album features talent from the Rolling Stones, Sting, Van Morrison, and Sinéad O’Connor, in a superb musical collaboration, with selections like “Have I Told You Lately”, “Dunmore Lassies”, “She Moved Through the Fair”, “Ferny Hill”, and “The Rocky Road to Dublin”. International Irish 8385

Released in 2003 this compilation features Ball’s outstanding interpretations of the great Irish harpist and composer O’Carolan, along with other traditional songs like “Auld Lang Syne” and “Black Is the Color of My True Love’s Hair”. International Celtic 2352

Think Before You Think

The second album from this young Irish folk group, it was released in 2000 to great acclaim for their fresh take on traditional songs. Beautifully done. Try out “I’m Ready Now”, “Green Brooms”, “An Paistin Fionn”, and “Fair and Tender Ladies”. International Irish 8030

The Chieftains 9: Boil the Breakfast Early

Originally released in 1979, the new Chieftains lineup significantly changed the groups sound after the departure of founding members, Seán Potts and Michael Tubridy. A mix of different types of songs, tune in for favorites like “Boil the Breakfast Early”, “Bealach An Doirín”, and “Gol Na Mban San Ár”. International Irish 6016

Released in 1989, this album features all traditional songs on a variety of instruments with solo harp pieces, to songs with the New Irish Chamber Orchestra, Chieftains alumni Sean Potts, and Peadar Mercier. Don’t miss songs like, “She Moved Through the Fair”, “Down by the Salley Gardens”, and “The Piper Through the Meadow Straying”. International Irish 5179

Originally released in 1973, this studio album showcases the Clancy Brothers’ most popular hits re-recorded with English folk singer, Louis Killen. Enjoy their beautiful harmonies in the songs that made them internationally famous like “The Rare Auld Mountain Dew” and “Will Ye Go Lassie Go”.  Folk Clancy 9063

Over the Sea to Skye

By: James Galway and the Chieftains

Released in 1990, this album features the Chieftains at their best on the harp, highland pipes, tin whistle, fiddles and more, along with the talented James Galway on flute. Wonderful and lively, the album showcases the many facets of Irish music with favorites like “Over the Sea and Skye”, “Cath Chéim an Fhia”, The Dark Island”, and “The Last Rose of Summer”. International Celtic 2757-2

“Ceol aduaidh” (Music from the North) in Irish Gaelic, is the first studio album by Frankie Kennedy and Mairéad Ní Mhaonaigh, who later co-founded the still popular band, Atlan. Originally released in 1983, the album features traditional reels, mazurkas, and jigs among others, that were all arranged by Kennedy and Ní Mhaonaigh. International Irish 3090